I’m continuing to go through some of the images I’ve shot of the Superstition Mountains to the east of Phoenix, Arizona. The image I’ve just added to the site for sale, was taking during a Saturday afternoon, with a storm front moving in, providing a bit of extra “mood” due to the clouds coming with the storm

The weather this past October meant we received a bit of extra clouds and rain – a bit more than we normally experience this time of year. Later that afternoon after this shot was taken, we had a bit of rain / hail throughout Phoenix – some of those shots should be coming up on the site in the next few weeks after I figure out which are the best to post.

The shot here was taken from Lost Dutchman State Park, looking toward the Superstition Mountains. The gap you see in the mountain to the right in the image is a pretty tough, all-day hike – but worth it for the views of Phoenix and Apache Springs below.

You can find this image at Fine Art America, as well as here on the Pono Images website. Enjoy! 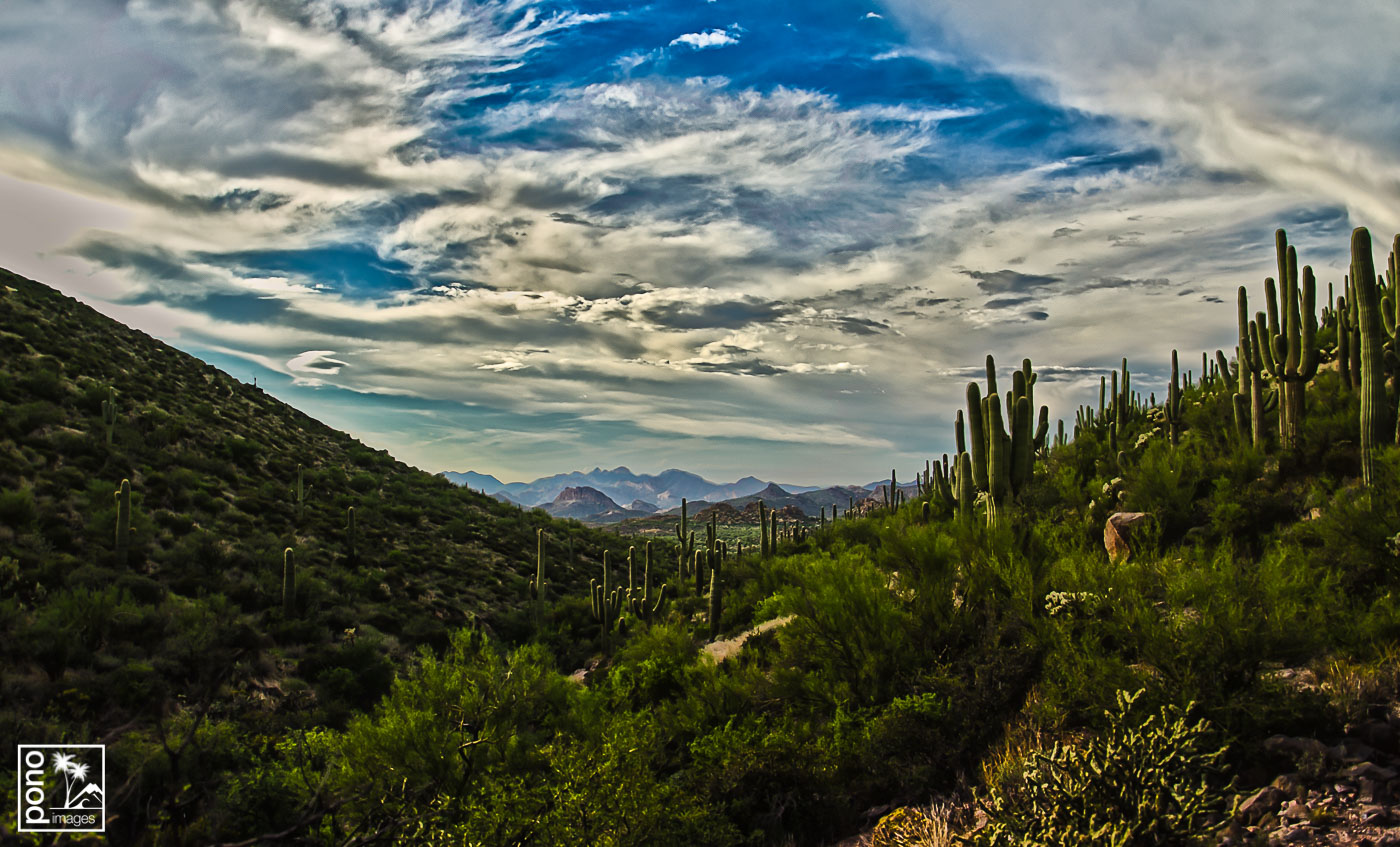